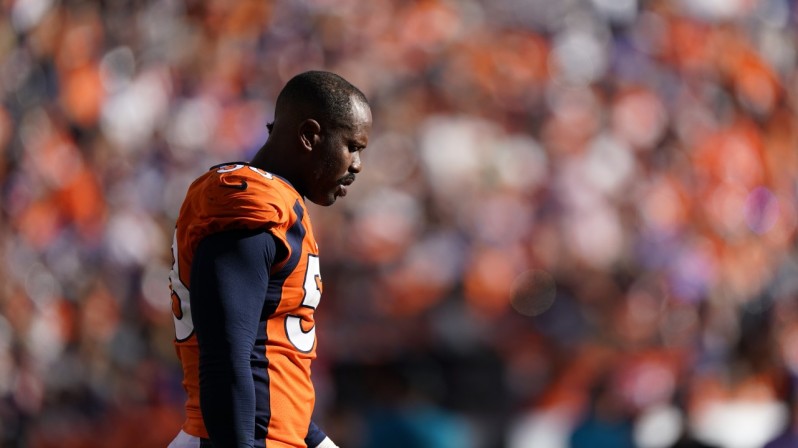 With just few hours left before the start of one of the most highly-anticipated NFL seasons in recent memory, we now know that the Denver Broncos will be without their star linebacker Von Miller for the upcoming season. Without him in the first game of the season, the NFL odds for this week has the Broncos as 1.5-point favorites. Miller suffered an injured tendon in his ankle on the last play of practice Tuesday and will now require season-ending surgery. Miller was immediately sent for an MRI shortly after the injury.

Miller is no stranger to injury. In week 16 of the 2013 season he tore his ACL in a win versus the Houston Texans. The practice that lead to Miller’s injury was consider to be additional practice given the fact that the Broncos don’t open their season until Monday night against the Tennessee Titans.

This was going to be a very important season for Miller. He started practicing just 3 days after the end of last season. He added weight, but kept his quickness. Aside from the Chiefs the AFC West division was pretty much wide open and this was the year the Broncos were going to make some noise with strong rookie play and recent off-season acquisitions. With the recent developments, odds for the entire season have shifted.

Notable Quotes: “I didn’t take any days off, I didn’t go on any vacations, and I didn’t do anything but work out, grind and reinvest all the time that I would usually spend on endorsements. I just reinvested that time back into myself.” -Von Miller