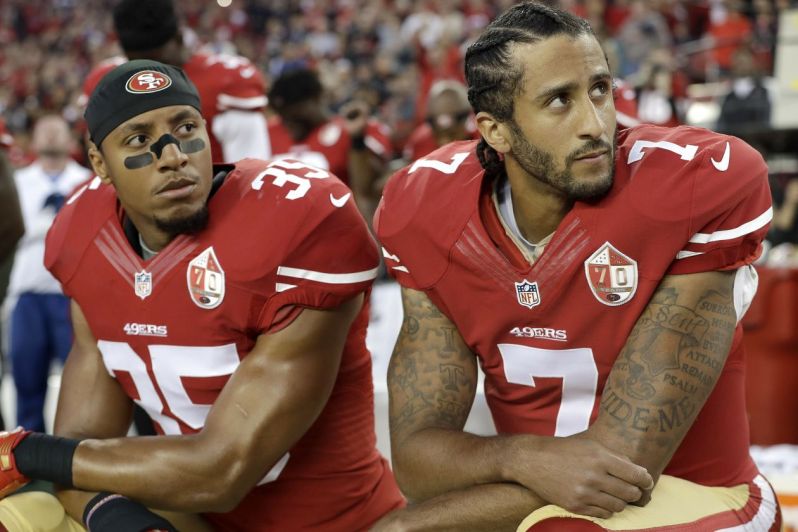 Many have been speculating about the terms of Collin Kaepernick’s settlement with the NFL regarding his collusion claim. According to a report by the Wall Street Journal, Kaepernick and Eric Reid reached a $10 million settlement agreement. Though its not known how the pair will divide the settlement. The initial lawsuit stemmed from the grievances that Reid and Kaepernick had and the presumed feeling that they were being blackballed by the NFL and its owners for kneeling during the national anthem. What is also not known is if Kaepernick will be eligible to join an NFL team.