Since yesterday, British GQ has started rolling out its “Man of The Year Awards”. Recognized are some of the biggest names in sports and entertainment.  GQ’s British arm also took things a step further and recognized its 2014 “Woman of The Year”. That distinction goes to none other than Kim Kardashian West. Kim K has moved beyond being famous for the sake of being famous. She has a growing emplire that includes entertainment and fashion, she is a new mom and also happens to be married to one of the biggest names in hip-hop. In the spread, Mrs. West leaves little to the imagination as she is photoed by Tom Munro on silver satin sheets and nothing else. The digital version of British GQ‘s October 2014 issue is currently available with the print version hitting newsstands tomorrow. Enjoy! 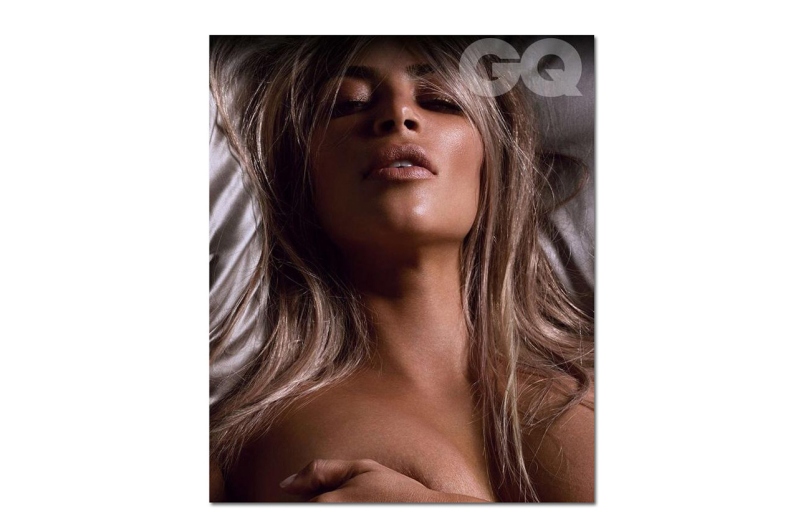