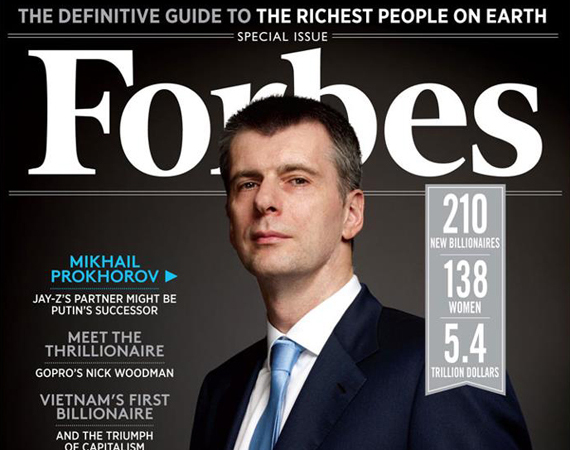 This year’s Forbes list found a record 1,426 individuals in the ten-figure fortune club. This is rarefied air as this figure is up 200 from the previous record breaking year. The total net worth represented in this list is  $5.4 trillion.

To put that figure into perspective,  $5.4 trillion is more than the gross domestic products of both Japan and Germany.  Put another way, if these fortunate few were feeling charitable, there is enough wealth to give each person in the world $768.37 each.

The individual leading this year’s list is telecom mogul Carlos Slim of Mexico, with a net worth of $73 billion, followed by Microsoft founder and philanthropist Bill Gates ($67 billion) of the U.S., and Amancio Ortega ($57 billion) of Spain.

Facebook Founder, Mark Zuckerberg came in at #9 ($13.3 billion) which makes him one of the youngest to appear on the coveted list.  Check out the full list of the top 500 world’s richest billionaires